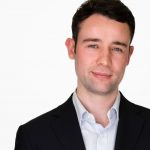 JBS S.A., the world’s biggest meat supplier, is setting up a new company for it’s global plant-based business. Brazil-based JBS recognise that the role of plant-based protein will be key in the future to help meet the protein needs of a growing global population.

Below is an excerpt from the article. See the full article in Bloomberg here.

The winner in plant-based “isn’t the business who made profits each year and captured 1% share of the market… it’s the company who invested in making the best products and built the best brand. The objective is to capture as much of the growth as you can and manage the profitability later”